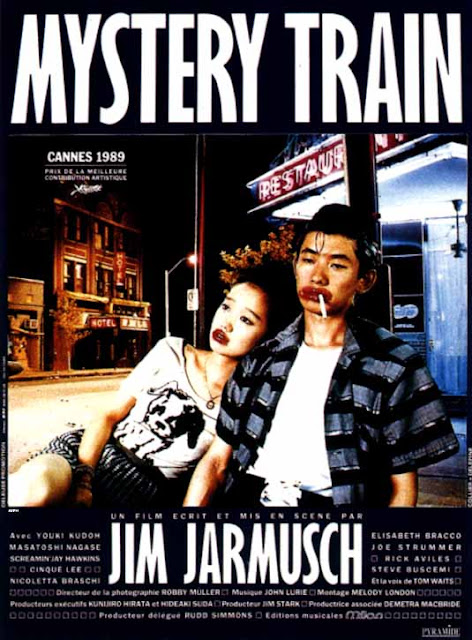 Astrid:
I know I am someone who is supposed to have watched the Jim Jarmusch catalogue of movies a long time ago, but this was my third ever Jarmusch film. Mystery Train speaks in a visual and narrative language I find easy and inspiring to relate to. It finds outsider perspectives to the insider identity. The story breaths letting the viewer feel, interpret and analyze however much or little they want. The most powerful cinematic tool, the visual images are telling most of the story. That's rare in 1989 and it's rare today.

There is a lightness and a kind of nonchalant rock'n'roll attitude to the Jarmusch films I have so far experienced – Mystery Train definitely has it too. Even though bad things happen in life, you can always take off, change the scenery, still wear the red lipstick and keep your dignitity. Or if you can't hold on to dignity, maybe your life is enough. Maybe that's the message.

I've never been to Memphis or that southern part of the USA, but I'll be satisfied in seeing it in pictures and through the eyes of others. I'm afraid the reality would be somewhat different to the Jarmusch version. The Memphis pilgrimage time has passed me by. I hate finding myself in tourist crowds and I have already tasted pancakes with syrup and blueberries and banana and cream. Now I'm going to fix myself a bowl of ice-cream with canned peaches and I'll give some to my panicked boyfriend too.

Nick :
I write this review under duress. My football team (Spurs) play in the Champions League this evening. It could be our biggest moment yet in the modern football era. On top of this, we just finished watching the whole of Deadwood. Yes all three seasons. A big hole has now appeared in our lives from today onwards. How will we cope with the withdrawal symptoms? I just have to convince Astrid that The Prisoner box set sitting on the shelf is of equal quality (it certainly is) and hopefully we can get our TV series fix back under way. Music creativity is afoot in our house too, on multiple fronts. It makes sense to visit a film that pays homage in some way to the origins of popular music. 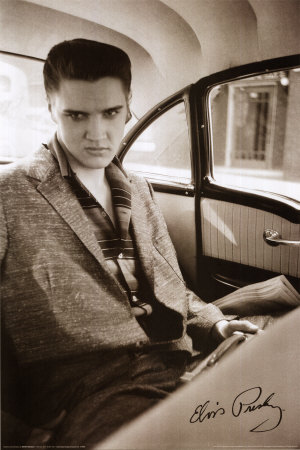 Rock'n' Roll iconography doesn't get any bigger than Elvis Presley. Mystery Train is drenched in Elvis (and named after an Elvis song). Elvis is in the hotel rooms, the street corners of Memphis, the smalltalk and the background noise that fills Mystery Train. Three stories, which occur simultaneously, often in the same seedy Memphis hotel makes up the premise of Mystery Train: The Japanese couple who visit Memphis to see the historical landmarks (Sun Studio, Graceland). Then there is an Italian woman transporting her husband's coffin back to Rome and who is visited by Elvis' ghost. And finally the crazed, gun-popping Englishman everyone knows as Elvis (a lean and mean Joe Strummer). Their lives are entwined in the slow everyday grind of Memphis real life and folklore.

Mystery Train deals with the Other, especially the foreigner in America (one theme that unites all three stories). Cultural differences amid the frank squalor in which Jarmusch depicts Memphis are the order of the day. Jarmusch's film reminds me of a time when American independent cinema was a unique voice and you never quite knew what you were getting. Jarmusch was at the forefront of a new breed of like minded film makers, what happened? Mystery Train still breathes a healthy sigh. All aboard...
at 8:01 AM