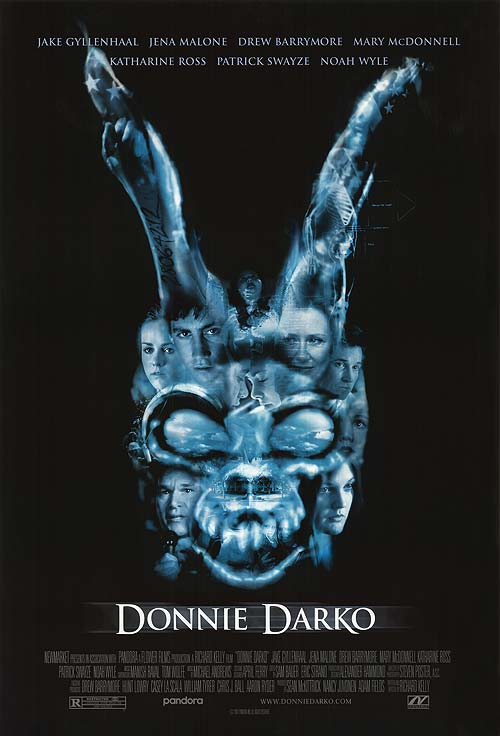 Nick:
So here I was, watching Donnie Darko for the second time, and something that had been imprinted on my memory failed to materialize. This in turn made me feel a sense of disappointment watching the movie. You know why? My favorite bit never happened! I felt cheated, I flet like my imagination was better than Richard Kelly's. He'd fucked up his own movie (this being the directors cut after all), when all he had to do was ask, I'd have put him straight. Echo & The Bunnymen's Killing Moon, is greater than most things, certainly Kelly's movie.

I'd always remembered Killing Moon playing over the opening scene of Jake Gyllenhaal (playing Donnie) cycling to school in that most intense manner. Instead, watching the movie now, I got some wishy washy INXS nonsense (that admittedly sounds better than it did back in the day). My viewing of the movie never recovered. Killing Moon ended up in some queasy party scene (just the ending of the 12inch version). It didn't save Donnie Darko. I'm being harsh of course. Donnie Darko really is a fine film about mental illness, even if it's a little adolescent and enthrall of David Lynch.

Gyllenhaal is superb here, drawing us into his world of paranoia, impending doom, dark thoughts and giant rabbits called Frank. This horror, teen movie, sc-fi mash up is often great. It's like the bastard, twisted offspring of Back To The Future, as if Back To The Future had been filmed on magic mushrooms. If I was 16 Donnie Darko would be my favorite movie ever. The sad fact remains, nothing here is as fuckable as Mac's lips. 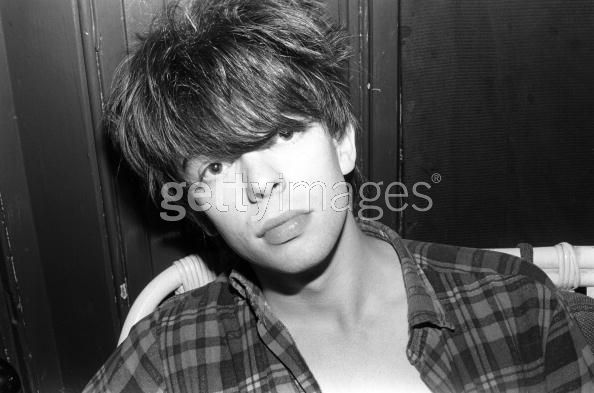 Astrid:
David Lynch quoted Upanishads once to say: "We are like the spider. We weave our life and then move along in it. We are like the dreamer who dreams and then lives in the dream. This is true for the entire universe." Lynch brought this up in connection to Inland Empire in 2006, although if I think of his films, the quote opens up any movie of his. The same quote helps to sum up what Donnie Darko is all about.

Still, after watching two hours of Donnie's incredible story, I cannot help but feel utterly disappointed when the movie ends and reveals that none of it ever happened. Everything we felt and invested in as viewers n e v e r  h a p p e n e d. Yes, I know, a film's a fictional narrative, unrelated to life by nature. Yet, my disappointment is real, it matters that the movie turns around and tells me: he died. This all was a dream. An alternative narrative, a what if, a poem on parallel universes and the time-space continuum...and therefore I feel cheated: should we have been dealing with the emptiness and sadness of death instead? But we do not like to think of death, watch it or even dream of it.

What is Donnie Darko about then? Is it an annoying practical trick to our sensitive minds? A science fiction? Is it a satire and a comment on mental illness, and on the isolation of the youth who do not fit in?
What ever it is, maybe it is not just one thing, or the opposite of another. The Lynchean way of thinking allows us to leave behind simple dualities. There is more to life than good and bad, there is more to life than avoiding death. Maybe in our webs of dreams Darko's death is not as final as it seems at the end of the movie. Maybe, maybe... there is hope.
at 6:14 PM