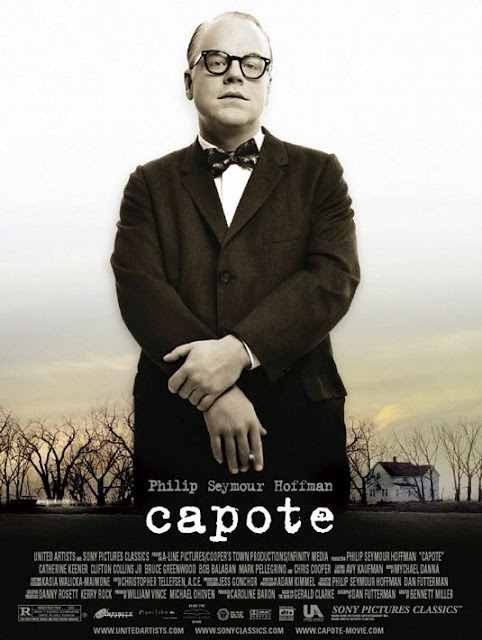 Astrid:
For artists life is material. Life is the source from where to steal for art. The dilemma is to decide where to draw the line. Do we have to plow deep in our personal lives to create material, or should we observe other people's stories and use them? Should we befriend and care for people if they seem like good material? Do we become responsible for their well-being or can we just follow their path and report elsewhere?

Truman Capote wrote a novel about real people and I watched a movie about Capote writing that book. Each act fictionalizes reality. The onion is peeled and each layer that's taken off becomes narrative. In the end, here I am feeling all kinds of feelings about the living artist, Truman, and his choices. As if what I just said about fictionalization went over my own head.

Capote's In Cold Blood became a best-seller once it was released in 1966. He needed to see the two killers of his 'story' hanged for him to be able to write the ending. If Capote, the film, is to be believed Truman was very calculated in his approach to the murderers. He helped them when it helped him and left them alone when he got tired of waiting to be able to write his ending. Capote pictures its protagonist as an unlikable self-obsessed man, who has an almost psychopathic ability to deal with the murderers and his own friends (Harper Lee and his boyfriend) without real emotional involvement. I wonder if it is Hollywood simplifying the character so as not to confuse the audience. How ethical is that then? 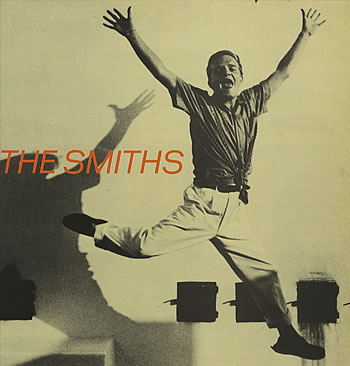 I first came across Truman Capote from a record sleeve. Yes, he adorned the front cover of The Smiths single "The Boy With The Thorne In His Side" It sparked some interest in Capote. I read In Cold Blood. After Capote died I read his trashy unfinished book Answered Prayers (where he lays into his various literary friends). Yes, Capote was neither likeable nor reliable. That such a figure could become a literary giant in the ultra conservative 1950's is astonishing. Morrissey could have been referring to Capote directly with the title of the single Capote adorned. The real life killers of In Cold Blood would not die, and Capote could not finish his masterpiece. So, the killers Smith and Hickock became the thorns in his side.

Capote deals with how Truman wrote In Cold Blood, the story of two young men who murder a family of four in a small Kansas community in 1959.  Philip Seymour Hoffman plays Capote, it's an impersonation performance and it's immaculate (Hoffman won an Oscar for his efforts). We watch Truman befriend everyone in the Kansas town where the murders happened, the police chief and his wife, the local farmers and especially one of the two killers, Perry Smith. Dutifully accompanied by Harper Lee (an excellent Catherine Keener), Capote patches together a non-fiction novel of the grizzly events. It takes him years. Great claims are made for In Cold Blood as changing the face of the American novel whilst Truman is portrayed as a user of people to further his career.

And there lies the rub with Capote the film. Excellently acted, well written and directed, Capote engages. But at it's heart, it can't decide weather it's trying to salvage Capote's reputation as the great American author, or reveal his true nature as a bit of a shit. Even with his close-relationship to the killer Perry Smith, there is an overbearing sense of manipulation in Truman's actions, we don't really feel his sadness towrds Perry's death.  I re-read In Cold Blood some 10 years ago, it's a good book, nothing more. Harper Lee's To Kill A Mockingbird (constantly mocked throughout the fim) feels more induring to me. Even Capote's Breakfast At Tiffany's novella is nowadays more affectionately known as Audrey Hepburn's iconic moment. As we see in various scenes, Truman Capote's sharp toungue and cruel ridicule of the New York literary glitterati has caught up with his reputation. Could it be that Truman just pissed too many people off?
at 10:29 PM